Sunday, June 5th, 2016, will again be a special day at Lowell Park when the Cotuit Kettleers host the Lexington Blue Sox in an exhibition doubleheader starting at 1 PM.

Former Blue Sox Pete Frates (Boston College) who faced the Kettleers on four separate occasions at Lowell Park will be celebrated for his tremendous work raising funds to fight Amyotrophic Lateral Sclerosis (ALS). Frates is the individual behind the “ice bucket challenge” that has helped raise over 100 million dollars to bring awareness to the fight against ALS.

All the proceeds donated on the June 4th event when the kettles are passed at Lowell Park will be donated to Frates‘ cause. In 2015 the event raised $1,500. 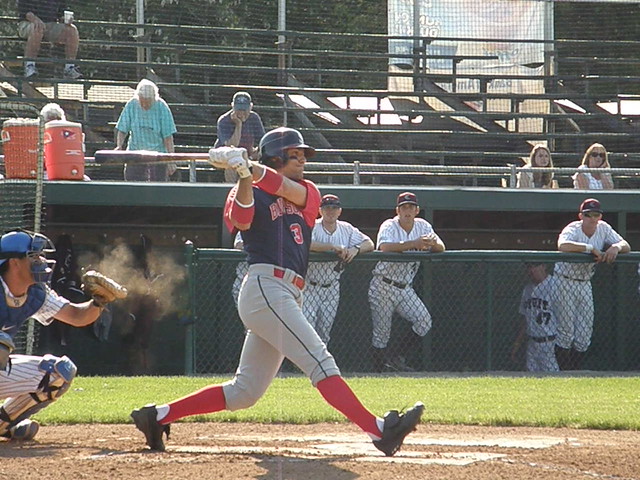 The former BC captain who was diagnosed with Lou Gehrig’s disease in March 2012 made his final visit to Cotuit and Lowell Park with the Blue Sox in June of 2011.

“He was always excited to play at Lowell Park because he knew how special a venue Lowell Park is to the players, Coaches, GM, staff and without doubt the great Cotuit Fans,” explained Blue Sox manager Rick De’Angelis, himself a former Kettleer from 1968.

“While Pete played Summer Collegiate ball in a number of different Summer Leagues, he missed out on the Cape.  So, in one sense, the trip to Cotuit–and he made four –was meaningful to Pete. He wanted to play well because he had so much admiration for all the hard work that the players put into their dreams while playing for Cotuit.”